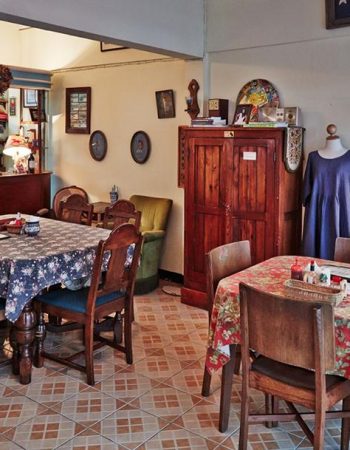 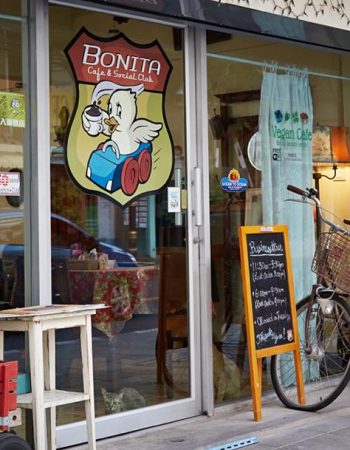 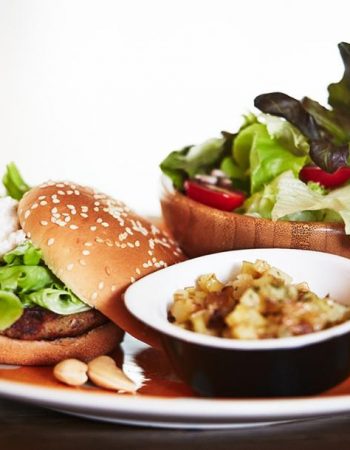 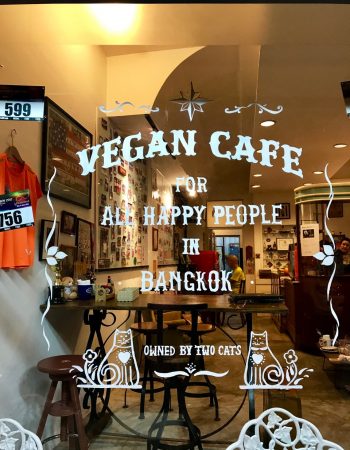 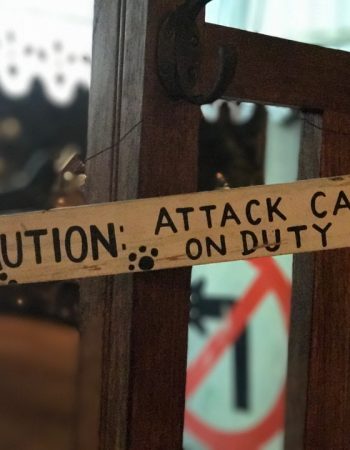 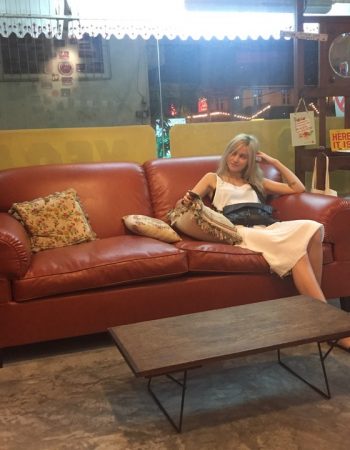 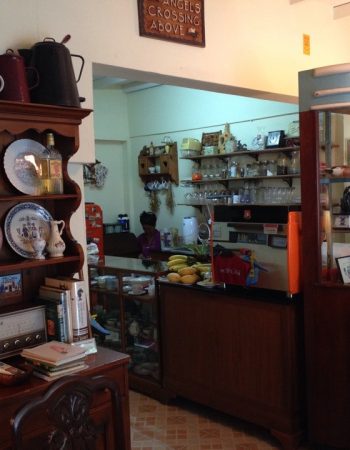 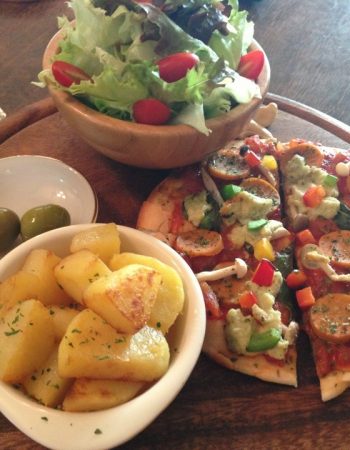 There are only a handful of them, but Bonita Café and Social Club may well be the most inviting organic vegan restaurant in town. Run by a Thai-Japanese couple, this small, living roomlike café has become a meeting spot for the runners of Lower Silom and prides itself as a genuine social club. Among the kitsch clutter of decorative plates and cookbooks (more reminiscent of a hoarding grandmother than anything you’d find at a trendy flea market), they sell Muteki running shoes imported from Japan (starting B1,800).

But the real focus is on the concise menu of Western-style vegetarian and vegan dishes, including some gluten-free and raw options. This is comfort food that’s also relatively guilt-free, starting with the perfectly-executed onion rings (B90): crispy on the outside, juicy on the inside and leaving barely a trace of oil on the serving basket’s paper-towel lining.

This is slow food, with everything homemade (bar the ketchup—now there’s an idea) and cooked-to-order. Even if you’re not a vegan or vegetarian, Bonita is the kind of place that delivers a refreshing, natural high.